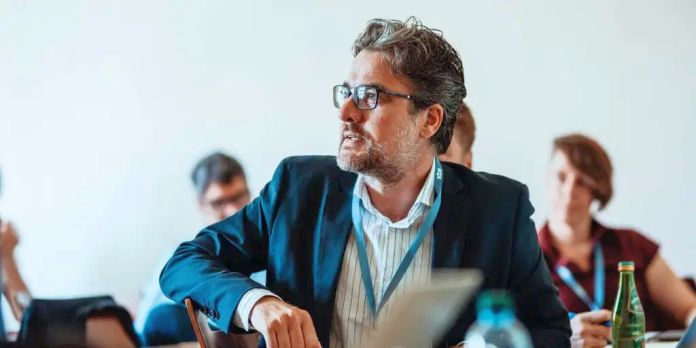 Paul Blokker holds a Ph.D. from the European University Institute. Currently, he is associate professor in Sociology, department of Sociology and Business Law, University of Bologna. Until recently, he was associate professor and Jean Monnet Chair in European Political Sociology, and programme director of the MA programme Sociology in European Context, at the Institute of Sociological Studies, Charles University, Prague. He also teaches European integration at Syracuse University in Florence.He is member of Editorial Collective of the new journal Social Imaginaries (international editorial board includes inter alia Charles Taylor, Craig Calhoun, Fred Dallmayr, Peter Wagner), co-editor in the book series Social Imaginaries, co-editor of the journal European Journal of Cultural and Political Sociology, member of the International Editorial Board of the European Journal of Social Theory (official journal of the European Sociological Association), and member of the International Editorial Board for Partecipazione e Conflitto/Participation and Conflict (FrancoAngeli).

Blokker is coordinator/participant in the following international projects:

– Reconciling Europe with its Citizens through Democracy and Rule of Law (RECONNECT) (H2020), see: https://reconnect-europe.eu/.

In the past, he was principle investigator in the research unit ‘Constitutional Politics in post-Westphalian Europe’ (CoPolis) in the department of Sociology, University of Trento, Italy (financed by the Provincia Autonoma di Trento, 2012-15). The project aimed at an interdisciplinary analysis of constitutional change in four European countries, analysing constitutional reform, and constitutional claims-making as well as the constitutional discourses and critique as endorsed and articulated by a variety of actors (legal, political, and civil society). See for the project: CoPolis

Blokker obtained a habilitation in sociology in the Czech Republic (‘docent’), as well as the Abilitazione Scientifica Nazionale for the position of Full Professor in Political and Legal Sociology (14/C3). He was a Visiting Fellow at the Law Department of the European University Institute in April-July 2014.

In 2009-11, he was a postdoctoral fellow at the department of Sociology, University of Trento, working on the project ‘Constitutional Crisis in the New Member States’ (a monograph on New Democracies in Crisis. A Comparative Constitutional Analysis of the Czech Republic, Hungary, Poland, Romania and Slovakia has appeared with Routledge). In 2007-2008, he was a Marie Curie Post-Doctoral Fellow at the School of Social and Cultural Studies, University of Sussex (until September 2007, School of Sociology and Social Policy, University of Liverpool), working on a project called “Varieties of Democracy in Central and Eastern Europe”, which has resulted inter alia in a recently published monograph with Routledge: Multiple Democracies in Europe. Political Culture in New Member States. His current research is on constitutionalisms, constitutional rationalities, plurality, and participation in the new member states. (see Research)